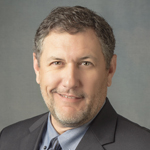 Ron manages the operations for Dalmatian Fire in central Ohio, which includes traveling with clients and business associates nationwide. He also works directly with union officials to help ensure that our installation personnel are ready to complete projects expertly and efficiently.

For a wide variety of fire protection systems ranging from $1,000 to $10 million per project, Ron oversees design, installation, and maintenance.

Since Dalmatian Fire’s inception, Ron has been responsible for building a strong network as a trusted advisor to clients, building officials, architects, and engineers. Central Ohio engineering firms often consult with Ron due to his depth of fire suppression and construction knowledge. He is adept at fostering and maintaining these relationships through mutual trust and respect.

Ron is considered one of central Ohio’s foremost fire protection authorities. He began in the design and construction industry in 1985, working for his father’s company at a young age where he learned the value of good practices and hard work.

He still applies many of those early lessons learned to help guide his management of Dalmatian Fire’s central Ohio operations.

After receiving his degree in architectural design, Ron joined a large fire protection company as a Design Engineer where he also managed a small fabrication shop. There, he progressed through roles of increasing responsibility, including Chief Engineer and Project Manager, and then into estimating.

In 1989, Ron joined our team to help launch Dalmatian Fire. He assisted with opening two locations initially, and a third location in the central Ohio region six years later.

Ron has served many of Dalmatian Fire’s major global and domestic clients in a wide variety of markets including automotive, food manufacturing, technology, distribution, and insurance. He is an active member of the National Fire Protection Association.

Outside of work, Ron enjoys all types of sports, including hunting and fishing. He has two children and is very proud of the adults they have become.