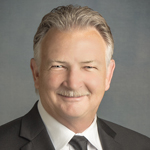 Jon oversees Dalmatian Fire’s full range of fire protection and life-safety services, as well as operations in our Indianapolis, Cincinnati, Columbus, and Louisville branches. He develops highly-effective business relationships with our clients nationwide.

To guide and direct strategic decisions and cohesiveness across our national Fire Protection Group, Jon also collaborates with upper management of our parent company, Shambaugh.

Jon is well-respected for his personal and corporate commitment to community, and his willingness and ability to share insights. He is adept at teaching fire protection principles and fundamentals, including in-house calculations, design, hazard analysis, and the essential elements of National Fire Protection Association’s NFPA 13, 14, 15, and 20.

Jon has been working in the fire protection industry since 1974. Beginning as a Union Fire Sprinkler Apprentice, Jon then progressed through various roles of responsibility in the field. He later moved into the office, tackling estimating, project management, and supervisory roles.

Alongside his brother, Rich, and a team of talented professionals, Jon launched Dalmatian Fire in 1989. He served as Vice President until 2014, when he moved into his current position as President.

An active member of the NFPA, Jon has served as a committee member for NFPA 80A Exposure Fire Protection, 13R Residential Sprinkler Systems, 16 Foam Water Sprinklers, 24 Private Water Supply Systems, 76 Telecommunications, and 13 Sprinkler System Discharge Criteria. He is also a member of the International Code Council.

Jon has attained National Institute for Certification in Engineering Technologies Level IV certification, and is a member of the National Fire Sprinkler Association (NSFA) Engineering and Standards committee. He serves as NFSA Area 5 Director and was a past President of the Indiana Chapter. He was also a past Trustee for the National Automatic Sprinkler Industry’s Pension and Welfare Funds.

Additionally, Jon holds Responsible Managing Employee licenses for Indiana, Illinois, Kentucky, and North Carolina, and is a Contractor Representative on the Negotiating Committee for the United Association Local 669.